Dark portents from the JIC for commissions and bank panels?


The Joint Insolvency Committee (JIC) has just released its Winter 2013 newsletter. You can access a copy here.

The newsletter includes a potentially very significant article on commissions in insolvency appointments. While the article could in particular make very uncomfortable reading for many working in the volume consumer debt market, it could also have huge ramifications for those larger firms fortunate enough to be on bank panels. Even if you fit into neither of those categories then you should not relax and should still read both the rest of this Blog and the newsletter itself as you will still be affected. Assuming that the message in the article is rigorously and consistently applied by all the regulators then we could be about to see one of the biggest shake-ups in the insolvency profession since Shylock sought his pound of flesh.

Before we start to get into the detail, we have to make a couple of points. We have made no secret of our opinion that commissions should be legalised and the whole area of payments for case acquisition and associated add-ons should be opened up to fully transparent disclosure. We have covered this before in another article and we won’t repeat it here. We knew at the time that we were taking an uncomfortable position and we are not surprised that the current JIC newsletter appears to signal a swing the other way. It is important that every IP reads that article as it is a massive signal as to the likely future approach of the regulators. Although we pick up on a couple of significant areas here, we are summarising, which may miss some nuance of the detail and we are offering opinion based on how we interpret the interaction of some sections, which could be wrong. Since it will be your licence on the line if you get it wrong, you really must read the newsletter yourself and consider your own position, especially, in our opinion, if you work as an IP in the consumer debt market or in a bank panel firm.

On the face of it, the article is just a “reminder” of the existing position under the ethical code. To avoid any doubt, it re-states that commissions are not allowed for the introduction of insolvency appointments. We all know that, and we all know that it has long been accepted that you can pay someone who happened to refer the case to you for “work done” as long as it is justified, evidenced and fully disclosed. The problem is that over time the line between a commission and a payment for work done has become blurred. The JIC newsletter article, which was produced at the request of the RPBs, re-draws the line in a place many in the industry may struggle with.

The first big point, in our opinion, is where they say “IPs should be mindful that valuable consideration comes in many forms including the provision of work for free which an IP would normally receive payment or reimbursement.” If this is going to be applied consistently, then the whole bank panel system could be at risk. Whilst not always the case, there is often a link between firms providing secondees and interns to banks and similar institutions and a wider agreement for the provision of interrelated services such as being on the bank’s “panel” for the referral of insolvency cases. We suspect that the banks and the IPs fortunate enough to be on their panels will say that none of their arrangements breach the guidance, but there is an underlying belief among those outside the panel system that a larger firms’ ability to provide a complex range of services at varying rates as part of a package of benefits means that some work is being done free to secure other work, including insolvency appointments.

The second significant area is the fact that the article has been issued at all. Is this, as suggested, just a reminder, or does it herald a new push on this area by the regulators? If it is the latter, we would anticipate a rash of cases over the coming months as various regulators seek to make the point. Only time will tell how consistent and forceful the individual regulators will be, and given the occasional tendency for such matters to be dealt with “discreetly” we may never know the full details, but I hope this is not going to be another example of the odd small firm IP being punished “pour encourager les autres”, which appears to be a theme of some of the cases listed in the article. If the regulators are going to stamp out commissions they have to be ruthless and even-handed, which must include fighting larger firms and their complex commercial arrangements and not just picking on easily evidenced single instances at small practices. We think that the summary of typical examples given in the article is a great way to show the profession the type of situations that they have to avoid. We would encourage the regulators to continue to provide similar information as they enforce the guidance, so that IPs know the important areas and can amend their systems and practices where necessary.

The article even comes close to saying that you are guilty until proven innocent when dealing with marketing arrangements. It says “The burden of proof in this area must lie with the IP who should be able to demonstrate that the marketing arrangement is not a commission, a duty which can be discharged by seeking advice from an IPs RPB or similar method.” This could have one of two impacts: either there will be a rush to seek retrospective approvals from the RPBs, which will result in them being inundated and they will almost certainly preface each approval with “you cannot rely on our approval to protect you if there is a formal complaint”; or the arrangements will be hidden by ever more complex structures in an attempt to keep them away from the prying eyes of the regulators. There has to be some doubt about how liable an IP could be held to be if they are working for part of a complex consumer services group that is, somewhere in a different legal entity only distantly associated with the firm that employs them, paying some form of marketing fee or commission that may only include an element that relates to insolvency appointments.

Finally, and possibly the area that will most impact on the volume consumer debt market, if we understand the article correctly, is the guidance on receiving payments. Pre-appointment, the emphasis is on being transparent and making it clear to creditors that they have been received. Post-appointment, the guidance reminds you that any such payments have to benefit the estate and must be disclosed. The article says “If such fees or commissions are accepted they should only be accepted for the benefit of the estate; not for the benefit of the Insolvency Practitioner or the practice.” Also, earlier in the guidance, when setting the scene, it says “IPs should also be mindful that the regulatory regime refers to both them and their associates”. We think that could extend to commissions for products sold to IVA and Trust Deed debtors by companies associated to the IP part of the firm, such as utility and bank account switching, pre-paid credit cards, secured loans, PPI reclaims, life insurance and the myriad of other products that are often sold to distressed debtors.

Are we scaremongering? Not deliberately, but we admit to being a bit more extreme than the underlying article. We know that there are plenty of smaller practitioners in the industry and outside stakeholders who will welcome any move that damages the bulk consumer debt market, which they think is immoral, and the bank panel arrangements, which they consider unfair. This is, however, a disparate profession with many IPs operating under difficult circumstances to provide essential services in specialist areas. The hostile nature of many such appointments and the fact that most of the stakeholders have already lost out can lead to misunderstandings about the IP’s role and it is important that any measures brought in to address concerns about one area are equally applied across all affected sectors. Our main concern is that while the guidance sounds tough, if the regulators try to enforce it in the larger firms they may be defeated by complex corporate structures and legal barriers, leaving them with just a few smaller IPs to punish disproportionately for less significant breaches.
Posted by Bill Burch at 11:39 AM 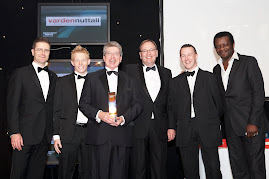 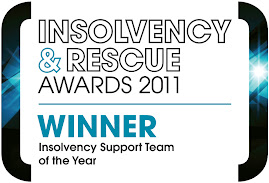 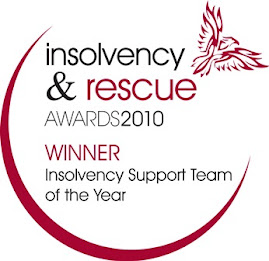